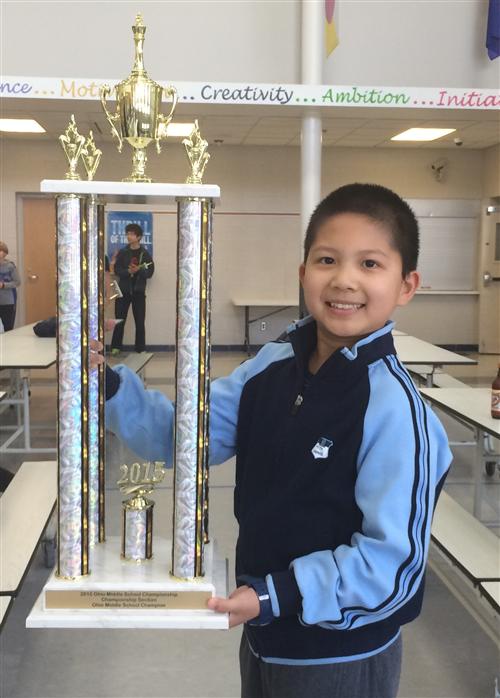 Ethan Force, playing in the Middle School Reserve Division, also went undefeated and took first place in the State of Ohio. winning 5 and also having one draw.