Recently, the state of Ohio released the latest round of school report cards. The administration of the Copley-Fairlawn City School District would like to share some facts about this report card. Additionally, we would like to share some other accomplishments which you will not see on the report card. Lastly, information was reported about our performance index score which was inaccurate.  We believe it is important to share accurate information with our community.

The administration of the Copley-Fairlawn City School District continues to be concerned with the lack of consistency in the state testing system.  Ohio has used three different tests over the past four years. Representatives from the Ohio Department of Education have said the rigor has been increased for all school districts in Ohio. This has proven to be true as the number of high performing districts has dropped from approximately 66% several years ago to approximately 33% today.

Additionally, some other facts from the State of Ohio school report card are highlighted below. We believe it is very important to add perspective to the marks our district earned on the report card.

In the area of K-3 Literacy, the Copley-Fairlawn City School District earned a mark of “A”. As you can see, we are one of only 21 districts in the state to receive an “A”. 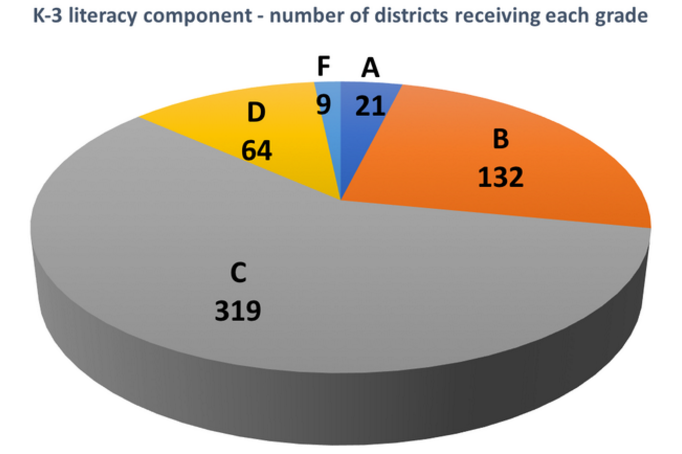 On the Report Card area of “Prepared for Success” our district received a “C”. As you can see only 43 districts out of 607 received an “A” or “B”.

On the “Performance Index” measure our school district earned a “B”. Only 6 districts in the state earned an “A” on this measure.

We are impressed by the hard work and success of our students and staff. Many indicators would point to the fact that our students are very well prepared for life after high school. Our ACT score is one such measure. Our students in the class of 2018 achieved a composite average of 23.3. The percentage of students who achieved a remediation free score on the ACT is nearly 50%, this places Copley High School 65th out of 798 schools in Ohio.

Regarding the inaccurate information shared about our district, on September 15, 2017, an article was published in the Akron Beacon Journal that stated: "Since the state upped the stakes in 2013, Copley-Fairlawn has recorded the fifth largest dip in performance index in the state."

This is completely inaccurate. Mr. Poe, Superintendent, spoke with the reporter and the article was updated.  “I am extremely disappointed such inaccurate and damaging information was printed but, I appreciate the Beacon correcting the error and printing a retraction on page A2”.  Below is the retraction as it appeared in the Beacon Journal:

In fact, the Copley-Fairlawn City School District ranked 118 out of 608 schools in the state on performance index, a "B".  Only six schools in the entire state received an "A".

We are very proud of the performance of our students and staff. We continue to be one of the highest performing school districts in Summit County and the state of Ohio. You are encouraged to visit our school district web page located at: https://www.copley-fairlawn.org/ and view our Quality Profile which highlights many wonderful things happening in our school district.